In Spike City, you control a superhero with the sole goal of moving to heights.

That’s because the character needs to escape from dangerous traps along the way. Among them are opponents scattered over the scenery, obstacles and the environment itself, which is about to be consumed by an enormous lava river.

The controls are based only on moving the doll up. All you have to do is drag it in the desired direction so that it takes a boost and jumps. However, you also need to pay attention to an item that looks like a kind of hook because it is the only one that can hoist the character to the top level.

Between one surface and another, you will notice that there are coins to collect – you only have a few seconds before the fire reaches the hero. It will also appear blocks with the symbol of a key and that act as a magnet: when you stay posted for a while, you release the passage that until then blocked access to the next platform.

Another detail is that the opponents have a thorn in their heads, but can be eliminated with a powerful blow if they are hit by the sides. There are still battles against bosses.

Spike City rescues the classic mechanics of successful endless runners by pairing a great gameplay with pixel art graphics, full of fun animations. There is no complex system of controls, for the hardest thing is to stay alive as more and more obstacles appear along the way. And this is what makes the game extremely challenging.

Difficult is also the boss fights. Basically, they have a behavior similar to the other enemies, but with the difference that their attacks are very powerful; in fact, it becomes more complicated to perform dodging movements.

Although it is very simple to play, we noticed that the commands in Spike City may not be so responsive. During our tests, the character did not act according to our action on the screen – for example, when we dragged the finger to the left or up, the hero was still standing. This discourages you since when you die, you come back from the beginning (there are no rescue points) and you have to make the journey all over again.

By the way, our tip is this: get as many coins as you can to unlock a level-based mode. They are the same stages of the endless runner version, but with the advantage that they are separated in stages for you to complete them whenever you want and return to them as well.

However, the fact that the controls are not completely accurate does not detract from the brightness of Spike City, which is sure to entertain you for a few hours with its unrelenting vertical scenarios, plus a soundtrack that refers to platform titles from the 1980s and 90.

Download Spike City and you can install it on both your Android device and PC. Android device installation is very simple, just go to any third party APK provider and Download the APK and Simply Tap it to install and as for the PC version, you will be needing an emulator. Follow the Guide below to Download and Install the App on PC. 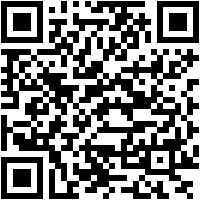 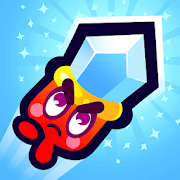 Step 1: To download and install Spike City for PC, you need an Android emulator such as Bluestacks to start with. I have given the links to their official sites at the end.

Step 3: If you find the application you are looking for, continue and download it; otherwise you just get APK of Spike City from any third party APK providers.